After less than a day…this place is everything that I had hoped it would be…I love it. You get an idea in your head of what a place will be like and are usually disappointed…but not here. 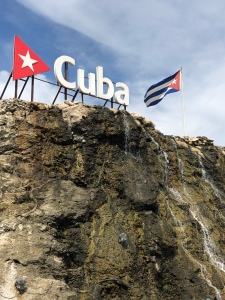 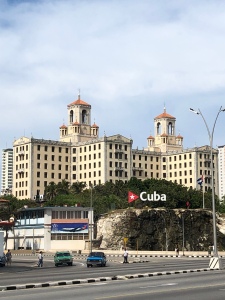 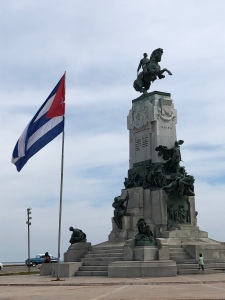 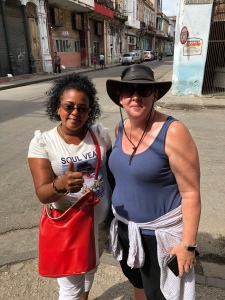 We arrived late afternoon and had an absolute nightmare at the airport trying to get our money changed over. They have unmanned money changing machines…not ATMs but rather you scan your passport place in euros and retrieve the local equivalents… and there are only 4 of them…this doesn’t work very well when you cannot get the local currency (the CUC) elsewhere and you have 3 plane loads of people trying to get cash…simultaneously.

It is probably timely to mention that Cuba has two currencies that operate in parallel. The one that tourists use is the CUC which is worth the same as a $US. But if you try and swap a $US for it, it will attract a 10% surcharge. Euros and Canadian $ are the currencies of choice and they attract no surcharge. The second currency is the CUP which is used by the locals and is the equivalent of about 4 cents. So one CUC will buy you 26.3 CUP. Obviously, this adds a degree of difficulty to getting change.

So back to the airport, we stood in line and waited…something that we are learning is also a very Cuban thing to do. We got to our accommodation to find that they were full so we would stay 2 doors down at the neighbour’s place…Cuba does not do much in the way of traditional hotels or hostels, it is more like a home stay, where you rent a room in someone’s home…it was all good and we finally met up with our intended host the next morning. 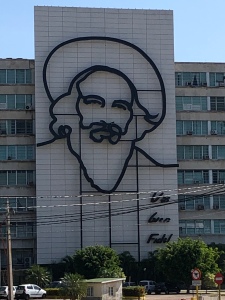 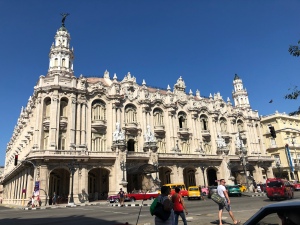 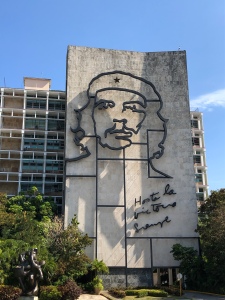 Our accommodation was in the middle of everything but nowhere near anything…we were relatively equidistant between Old Havana, New Havana and Chinatown…but still quite a walk from most things. On night one, after the airport, money and housing debacle, we headed out for a walk and a meal. We got to the water and wandered along the esplanade (Malecon) seemingly not having passed by any restaurants. Either this was wrong, we were unlucky or we just had yet to pick up on the rhythms of the place. Having eventually found a place for dinner and eating well (if expensively by Cuban standards) we called it a night.

For $5 a head the little home stays offer breakfast, and ours was no different. So our first full day in town started with fresh fruit, fruit juice, coffee, fresh rolls, egg, ham, cheese and a great chat with Charlie another houseguest (Canadian). We then got about the rest of our day. This started with a walk towards old town and the checking out of all of the old buildings. 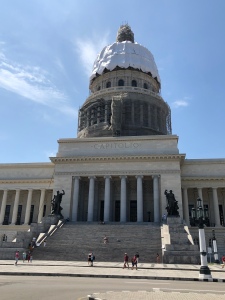 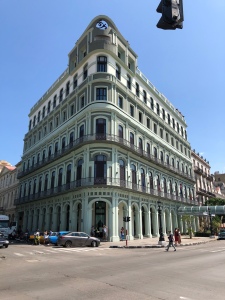 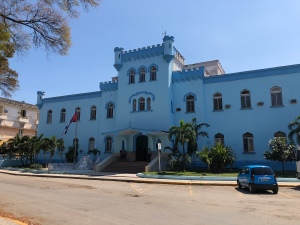 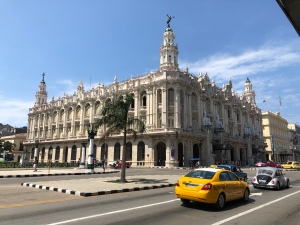 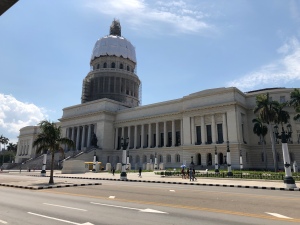 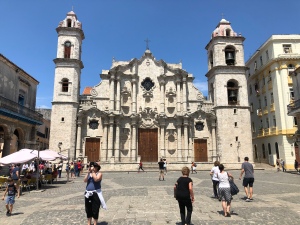 And here the real Cuba kicked in in true style. After bartering a bit (from 80 down to 40) we hopped into our huge 1950’s yank tank for a one hour tour of Havana. While this is incredibly touristy and stereotypical, it was exactly the experience that I had wanted. We sat in the back of our huge red and white convertible (Jill wanted pink but the guy with the pink one wouldn’t barter with me), being chauffeured by a dude wearing a Panama hat, while Cuban music blared through the stereo. I managed to get the dude to let me stage a photo with me in the drivers seat (he even put his Panama hat on me briefly). 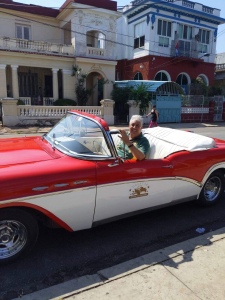 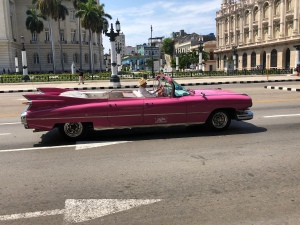 So it is probably time to talk about cars in Cuba. For the most part they are all pieces of shit. The most common vehicle that you will see is the Russian made Lada. They are ugly, loud, smoky, smelly and quite frankly it is mid blowing that they are still even running. The next is the classic yank tanks…the majority of these are clapped out, poorly maintained, bashed up, beaten and in sad need of either TLC or scrapping. Then there is the convertible tourist fleet that are shiny and pretty for us tourist types. And finally there is a combination of little taxi (type) options…these range from pedicabs, horse drawn carts, old motorbikes (with or without sidecars) and the freaky bubble looking tuk tuks.

So we cruised the streets (either in our car or just walking about) while we took in the sights, sounds and smells of Cuba. For the most part it was enchanting. The people of Cuba seemingly want for nothing, but at the same time they have very little. Education and healthcare is free. Food ration books ensure that everyone has enough of a broad range of food groups, but very few extras or luxuries. The system works but the wants of consumerism are pervasive.

Some of the buildings around Havana are stunning. But for every beautiful building, there is about 20 in a state of disrepair. Added to this are the hidden gems, a virtual oasis enclosed behind a nondescript door on a dodgy looking street. I have never been in any city in the world where I have felt so safe or secure. Crime is virtually non existent and everyone is smiling, happy and willing to greet you with a grin and an “hola”.

On our last night in Havana we headed down to plaza Vieja where we stopped in to ‘La Vitrola’ and we had some small bar snacks, beverages and live Cuban music. I have entirely fallen in love with the jamon croquettes, while Jill cannot seem to be able to say no to a $3.50 mojito complete with a sugar cane swizzle stick. Add to this some bruschetta, cheese balls and fried chorizo and ice cold cerveza (beer) and life is good. 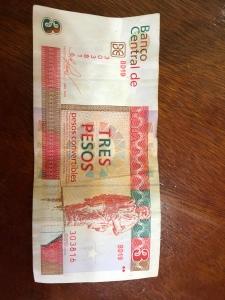 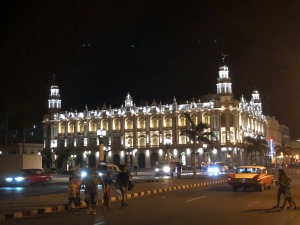 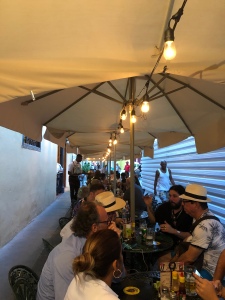