Well we left Sydney at around noon, flew sleeplessly for the next 12 hours to arrive in Chile a bit after noon on the day we left… in notional terms we left at 11:10am to arrive at 12:20 the same day. In actual terms… long haul flights seem tougher now than they did when we were younger.

Being both sleep deprived, and in a Spanish country we were happy to have the siesta…so we asked the dude at the hotel who replied “we don’t have that custom here”…well we did…so we crashed for a couple of hours to try and cope with no sleep and a 14 hour time difference. Upon waking we headed along the road to reach Plaza de Armas…this is in essence a large square surrounded by some absolutely stunning buildings.

The town hall, the tourist office (now a museum), and the the post office lined the northern edge of the plaza. As you pan to the left the cathedral (of Santiago de Compostela) is a major feature before the square blurs into shops, cafes and restaurants. 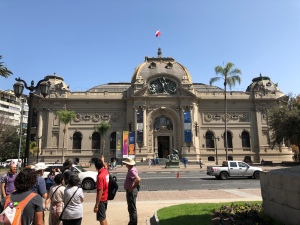 Possibly the most stunning thing for us was the fact that the park was actually used…in fact it was packed at all times of the day. Coming from Australia there are many parks and green spaces but for the most part they are empty. Not in Chile…as we wandered around the city every park bench was full, and the lawns were also crowded. There were preachers, artists, activists, couples, people watchers and dogs…lots of dogs. 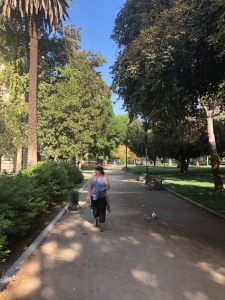 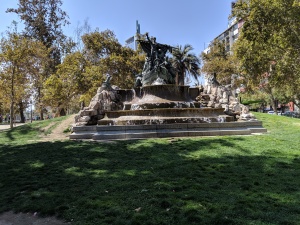 We took the “tip only” walking tour a few days later and got the history behind these and many more local sights of the city.  The walking tour saw us adding the High court, Pre-Colombian Museum, Congress (former), Presidential palace (which was once the mint and now bears the title La Moneda), the stock exchange / financial district and the opera house. 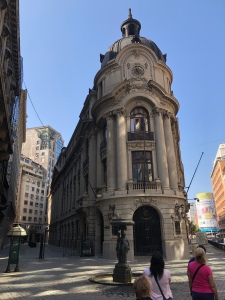 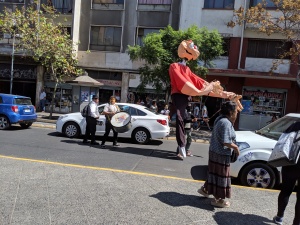 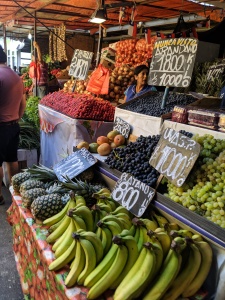 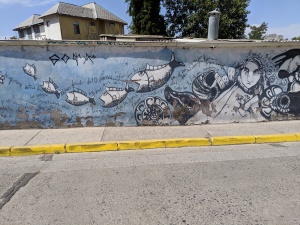 On day two we did the walk across the river to Barrio Bellavista, the bohemian quarter of the city. It is packed with bars, nightclubs and restaurants and the streets are adorned with street art and murals of all shapes and sizes. But we were here to visit San Cristóbal Hill. This is the hill that rises around 300m (984 ft) above the city and is the site a 22 meter statue of the Virgin Mary and the place to get almost panoramic views of the city as it lays nestled among the Andean Mountain Range. 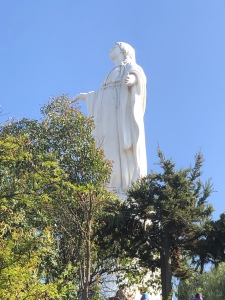 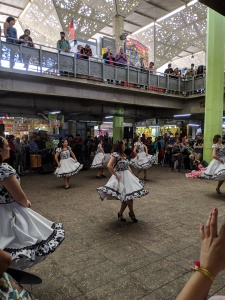 And of course my job was to sample some of the local ales. This is a task that has long since challenged me, but I endure. Add to this some of the fantastic scenery and even a view from the rooftop bar our accommodation.