I had very little knowledge about Laos prior to this trip…the little that I did know left me uninspired but hey…it was right next door and we would be crazy not to go. We hopped off the plane and cabbed it to a really nice hotel where we settled in for he next few days. Now Laos was a former French colony and (at least in Vientiane) it has benefitted from this in the usual manner. Waterfront esplanades, cafés, coffee shops, baguettes, cheese and some pretty damn fine architecture.

Possibly one of the first things we should mention is that Laos has more western tourists than almost anywhere else we have been so far. Everywhere you look. Vientiane has a small town feel about it rather than that of most of the other Asian capitals. We relaxed through the heat of the day and headed out to the Mekong riverfront esplanade and markets for a lovely stroll followed by the hunt for a local restaurant for dinner. A few beer Lao’s, a bowl of soup and some spring rolls, all for next to nothing, our introduction to Laos had begun. 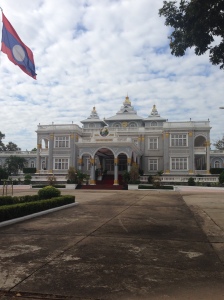 So the next day we plotted our course on the map and set off on the journey to hit the usual tourist haunts. The heat was high…about 38 degrees… but unlike the last few places, the humidity was low. So despite high temperatures it was quite pleasant walking around doing the tourist schlepp. We hit the usual haunts, temples, monasteries, museums, markets, stupas and yet some more temples. Possibly the most impressive was the Laos version of the Champs Elysees on the street leading up to the Palace. Having blitzed the town we found we had done 90% of the tourist thing in about 4 hrs…there really isn’t too much here.

The things they call museums are really just old things…the actual museum was saved for the next day. We found the local delicacy on day one and went back the next two days for more. It was a baguette filled with pate, cheese, vegetables, mystery meat and mystery sauce and cost a total of 10,000 kip (about $1.30). The next day we hit the actual museum which enlightened us to the war history of Laos…something that I at least was unaware of. These guys have been systematically smacked by almost everybody. Starting with the Chinese, then the Thai’s, the French, the Brits, the Japanese and then the French once again. 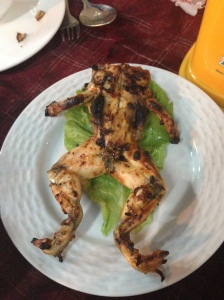 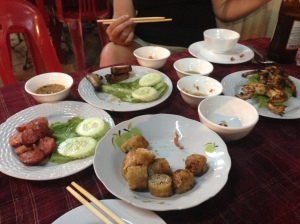 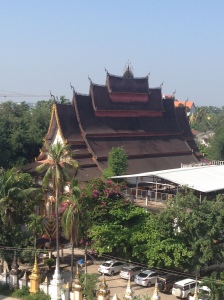 Vientiane did spark the conversation of who was the rudest nationality when it came to tourists. It came down to a split decision between three different nationalities and this varied entirely depending upon the circumstances. What we did determine was the factors that made a rude tourist…this was essentially those that are ignorant and arrogant, ignoring those around them at all costs. I am sure that using this criteria the First Nation that pops to mind for most of you will be he USA…but they do not rate in out top three as there are many worse examples of ignorant and arrogant tourists, ignoring those around them. 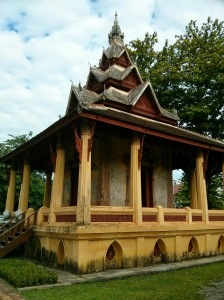 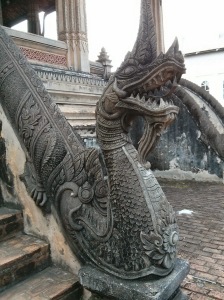 Our pick of the worst three tourist nationalities that we have come across are… The French, the Russians and the Israelis. The French seem to have a sense of colonialism to them where they seem to think that this is still a colony and the locals are here entirely for their subjugation, and that other tourists are irrelevant to their particular needs and wants. The Russians have had their tourist doors closed for too long so a Russian tourist is (generally) either oblivious or totally disregarding of other people trying to experience the same things.

The Israeli tourists you tend to meet are all around 25 years old and have just finished their national service. They are young, brash, fit and cashed up. They will drink, dance, party and listen to their doof doof at any volume they see fit, at any time and to hell with anyone around them. 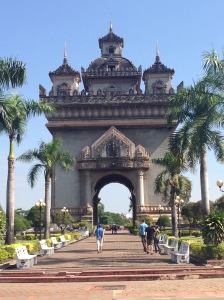 Our three favourites would have to be the Dutch, the Germans and Canadians. These three are generally quiet, reserved, respectful and genuinely interested to learn about and experience other countries and cultures.