The bus from Ho Chi Minh to Can Tho was something that we had dreaded…to get there we had to get a taxi to the bus ticket office, get our tickets, get a small bus to the big bus terminus, find our bus and get on for the 3-4 hr ride to Can Tho. We imagined the worst with chickens in cages, pigs oinking and flying feathers. Surprisingly it all went very smoothly.

The guy from the hostel followed the cab and sorted our tickets, a whining child on the small bus was the worst part. We got to the big bus and were met by a bus dude who checked our ticket and escorted us to a very nice bus indeed. Only one child (of a good age), Wifi throughout the journey…perfect…until…about 15 minutes in he turned on the entertainment. A local comedy movie…starring a tantrum throwing, fishwife, drama queen mother, and 5 semi adopted kids, all delivered with the nasal twang that accompanies most Asian languages…I swear a fishwife sounds the same despite the language…in reality this was just a constant discordant cacophony of noise that just kept going…and a speaker above everyone’s head. 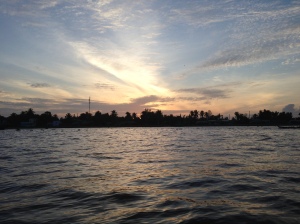 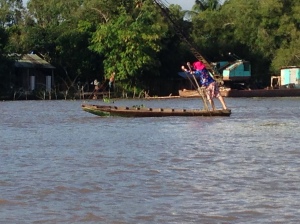 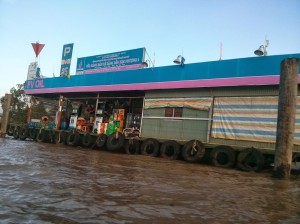 Anyway the movie eventually finished and we arrived in Can Tho which is the main town in the heart of the Mekong delta towards the southern tip of Vietnam. The main reason was to come and poke around the Mekong delta, cruising the canals and just look about. We did this on our second day with a 5am start and a cab to the dodgy little boat that would be our transport for the day. We sat in this boat and putted up the river watching the sun rise over the Mekong delta. Pretty special.

We floated around checking out two different types of floating markets (Cái Răng and Phong Điền Floating Markets) and generally being afraid that the water may touch us. It started with comments such as “remind me not to eat the seafood here”. The Mekong is the lifeblood of this area…but on initial glance it is filthy and terrifying. Surprisingly after a day on the canals you are no longer afraid and see the murky brown colour as quite normal…and dinner was seafood. While we putted along…our boat lady was busy behind us doing pineapple leaf origami. At one point she presented the girls with her creations. 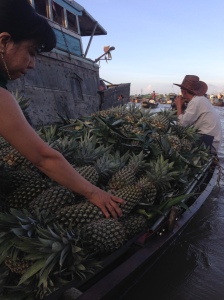 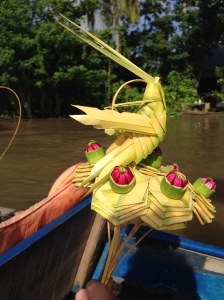 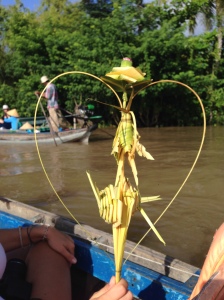 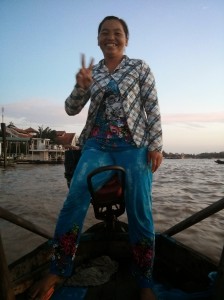 We had a walk along the banks of the canals, checked out the rice noodle making factory and headed back to the hotel for a nap as 5am starts are less than thrilling these days. The Mekong really does offer the world to the people of the region. It is the transport superhighway, the market, the bathtub, the laundry, the water source and the sewer…all at the same time. The next major thing was for Jill to finalise an assignment.

The highlight of Can Tho for me was the walking food tour…the hotel offered a walking tour with a uni student who showed us to all the local haunts to eat at the little side street restaurants and get a handle on Vietnamese street foods. So off we went…we hit stall after store after cart and ate a variety of delicacies, some specific to Can Tho only. The menu for the night was: 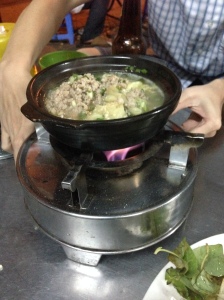 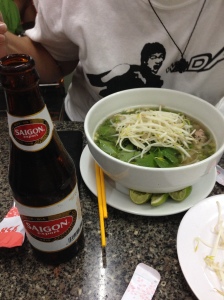 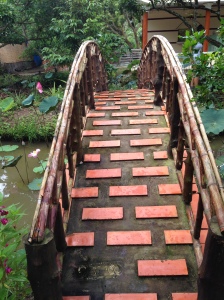 It was finished off with sweet sticky rice but I forgot to ask the local name for this. The tour was free with you paying only for what you ate and a recommended $5 tip to the guide. A great meal as you walked around the city and an awesome way to demystify some fairly daunting looking culinary experiences. And an entire tour that avoided the two dreaded ingredients.