Wasn’t sure what to think about this one before we came. We had run into a number of people who had been to Shanghai or had lived here and they almost all hated it, claiming it to be one of the worst Chinese cities. Granted it is the largest city in China with a population greater than all of Australia. And it is the worlds largest shipping port and therefore has all the banking, finance and infrastructure that goes with that. 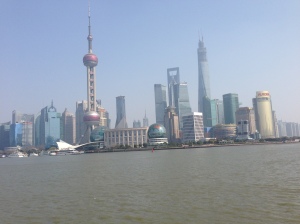 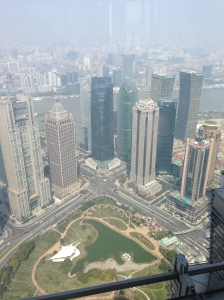 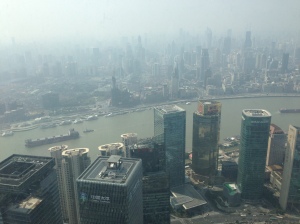 Admittedly it is not very Chinese…there are a few traditional temples but in reality it has been a cosmopolitan trade hub for over a century and has evolved with this. You can find every brand name on the planet here (and their much cheaper namesakes…(ok knockoffs). The main city part is basically a series of shopping malls which can very easily be avoided for those like me who really don’t care.

It is a true mega city and is spectacular. The city is spotlessly clean, the footpaths are unthinkably wide, the roads are huge, the traffic is calm, the metro is cheap and regular, the busses are cheaper and more frequent, the river is a feature and the architecture is different everywhere you look. The whole place is a model of efficiency and a plan beautifully executed. 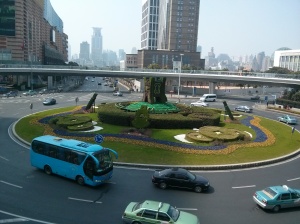 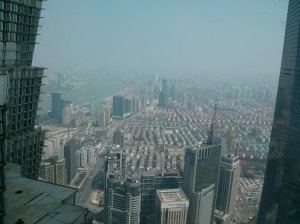 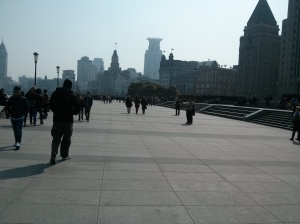 Shanghai has a HOHO bus (hop-on, hop-off) to buzz us around to the various sights which we happily used over a 2 day period. Seeing the Oriental Pearl Tower (Dongfang Mingzhu), walking along the Bund (waterfront), Jade Buddha Temple, Jing’An Temple, cruising the Huangpu River in the early evening and checking out the city from the 88th floor of the Jin Mao Tower. 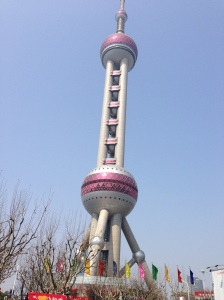 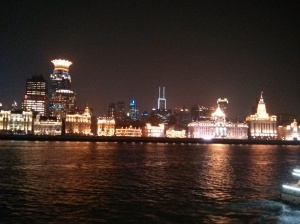 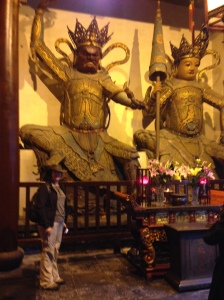 The key selling point for me was the food…this place is a foodies paradise. Having been a major trade hub for so long, Shanghai has embraced every possible food style and delivers it flawlessly, cheaply and everywhere. The one that has sunk Jill (and would in all honesty put my mother away too) is the custard tart shops…the little yellow bundles of goodness that cap off a Yum Cha meal perfectly. They are everywhere…I mean everywhere…selling the warm tarts for 4 for 12 yuan (less than $2).

Our first meal in town was Japanese…tepanyaki… Perfect…beef, chicken, prawn, mussels, rice, veg, crab soup with drinks… In Australia a minimum $60 a head banquet plus drinks…here $30 the lot. Capped off with some egg tarts $2. Next was Yum Cha lunch the next day $20 (I always over order and it was in the heart of the tourist strip so prices were ramped up) with a dinner of beef, veg + rice, a BBQ plate (duck and suckling pig), prawn balls with chilli…about $26 including beers…capped off with egg tarts $2. Steamed and fried dumplings for brunch $3.20, and dinner was a huge bowl of Asian chilli beef and noodle soup for me and a fried rice/risotto style dish for Jill $7. Oh and some more egg tarts $2. 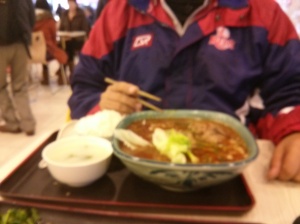 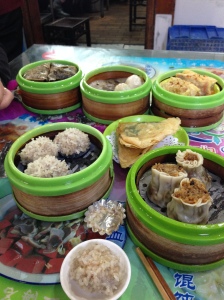 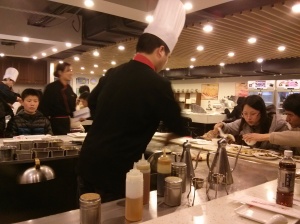 Basically we had a different meal each time, had 6 huge meals including beers and dessert over a 3 day period all for under $100…which is less than what the first meal would have cost us back at home. And we ate like pigs…and enjoyed every mouthful. Did I mention the egg tarts. 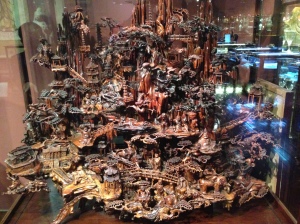 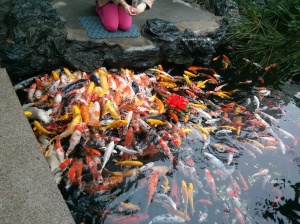 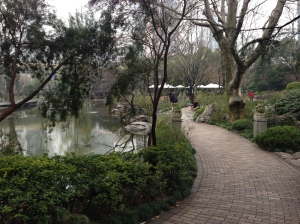