I came to Myanmar back in about 2007 on a work trip and I found the place totally charming. As soon as I got back home i told Jill that this place was fantastic and that it was just the sort of place that she would love. There is an intangible quality to the place that automatically rang the “Jill would love this” bell in my head. The thing about this place is that it is clean. The locals take pride in the place and it is spotless. The skies are the kind of clear crisp blue that we have not seen since leaving Australia, There is no smog, no filth just a pretty town ready to be explored.

Myanmar has been under the control of a military regime since 1962 following a coup d’état. This military dictatorship officially ended in 2011. Throughout the military regime rule tourism has been virtually non existent but since 2011 the doors have been slowly creaking open. This all changed dramatically with the introduction of online e-visas. This officially came on line on 16 September and we applied on the 19th. So we are some of the first in under the new world order.

The change is obvious…banking facilities have gone from 2 ATM’s in Yangon to over 600 within a matter of months. The advertising on the TV is heavily geared toward the tourist…and towards the locals to encourage the tourist and greet them warmly. The travel challenges that once existed are almost gone. There is a heap of infrastructure work going on to improve things and wifi which was once non-existent and mobile phones which were impossible for foreigners to get are now all simple and commonplace.

The first thing that I noticed on arrival was the introduction of chewing betel leaves and the constant spitting of this red goop all over the place. This was not a commonplace thing on my first trip 7-8 years ago…now it is everywhere..and it is disgusting. We checked into our hotel which was quite nice and hit the pavements as we tend to do on arrival in a new town. We headed up the main drag to town hall and the Sule Pagoda.

Across the road we went…to the main park and cruised the main courthouse before deciding we were melting (mostly me) in the 32 degree heat and 89% humidity. We checked the long range weather and we basically have 32-34 degree days the whole time we are here and humidity is set to fluctuate between 83 and 89%…good thing we came in winter. We headed back to the hotel to hide from the heat of the day with a stop at a street stall by me for lunch. A plate of rice, two curries, some dried fish and an egg $1. 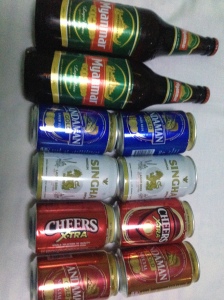 We headed out that night for a walk along the strand. We have walked along many strands and esplanades so we had a preconceived idea of what to expect…we were wrong. Safe to say this will never make any of the guidebooks. We found a joint for dinner and walked back past the earlier attractions for a spectacular nighttime viewing of them all lit up. We crashed and were up early the next morning for the main attraction.

The Shwedagon Pagoda (officially named Shwedagon Zedi Daw) is a 99 metre tall pagoda and stupa, gilded in gold, standing atop Singuttara Hill in Yangon. It is the most sacred Buddhist pagoda in Burma and wiki tells me that there are relics of four past Buddhas enshrined within. These are the staff of Kakusandha, the water filter of Koṇāgamana, a piece of the robe of Kassapa and eight strands of hair from Gautama. 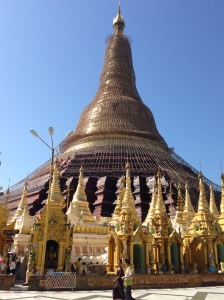 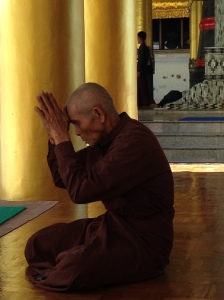 The craftsmanship of the many temples is superb – such detail, and so much gold, especially on the main pagoda (where the gold is real!) The main pagoda is currently surrounded with bamboo scaffolding as workers remove and replace the gold cladding. We spent our time hanging out at the top of the pagoda watching people praying, reading holy books, making offerings, pouring water over the Buddha (an act of merit) – all insights into how Buddhism works out in practice. 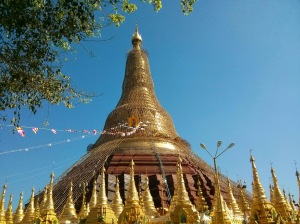 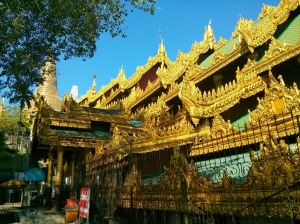 This place was the highlight of my trip almost 8 years ago and visiting it again…I recall why. The Shwedagon Pagoda is a stunning sight and something you should add to a bucket list. Oh by the way…I was right…Jill loves Myanmar. The one trick to know is that shorts above the knee and singlet tops are not allowed in any of the holy Buddhist sites. So you must cover up. My shorts were apparently too short so I had to buy and wear a lungi or longyi the local loop of cloth, skirt, sarong thing worn by everyone here. 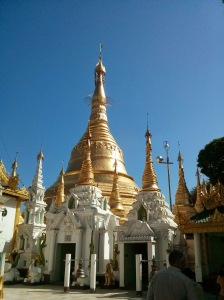 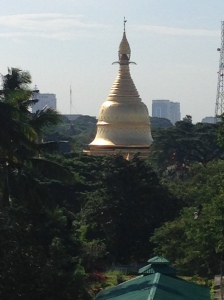 Well here we are three years on (almost to the day) from the original post (above) and we thought it was a good idea to come back to Myanmar. There were a few reasons behind this. The primary one was that we loved the place so much another was that the Shwedagon Pagoda was covered in scaffolding at the time so our photos were just a little bit “less than”. Add o his a couple of very busy jobs and the time just seemed right.

So here we are…and how things have changed…

Our boutique little travel destination has started to become mainstream…it is nowhere near its neighbours (Thailand, Cambodia and Vietnam) but it is on its way. Encouragingly many of the things that we loved have endured. The traditional dress and the friendly demeanour remain firmly entrenched in the local ethos.

In a financial sense for travellers Myanmar has gotten cheaper. When we last came here the gates to foreign tourism had only been open for 3 weeks so the hotel prices were normalised with many places being a flat $50. Time and market pricing have set appropriate levels and the place that we paid $50 for last time was now only $30.  We maintained our previous standard and the place maintained its standards, proximity to everything and friendliness. 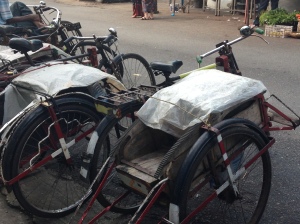 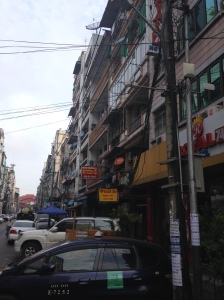 Firstly I must  say…oh how we missed this…

The hustle and bustle of Asia is just something that works for us. The total assault on your senses is just amazing. The sights, the sounds and the smells are simply incredible and we immediately feel at home. So the first thing we do is hit the street food stalls for a taste of the local culture. 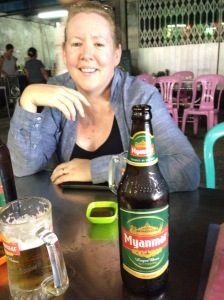 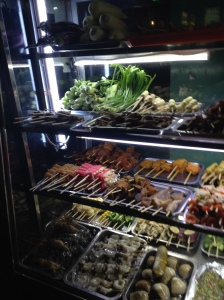 We used our trusty friend “Tripadvisor” to tell us what was both nearby and good. We found the place that we wanted and off we went. Alas, every now and then TripAdvisor gets it wrong.  We headed to the 19th Street BBQ strip in the heart of China Town. Sadly the first thing that greeted us after we sat down was a small child with her hand out saying  ‘hello money’. This pattern continued throughout the meal with a gang of about 5 children working the street while funnelling any proceeds to a rather obese woman who was clearly orchestrating the entire venture. This is something that would never have happened 3 years ago.

The next was the food. To be fair it was tasty…but it was also obscenely overpriced and there was not a local face to be seen. You will pay on average  3 times the price for  your  meal here and probably not enjoy it very much. As a newcomer to Asia there is an element of excitement to it all but for any seasoned traveller…don’t bother.

So on to the main event…the Shwedagon Pagoda…

It was impressive a decade ago, as it was 3 years ago and it remains so today. It really is one of those things that you need to experience for yourself. I have been 3 times now and have been glad that I did each and every time.

The rest of our trip in Yangon was just us doing our thing. We hit the small restaurants, the street food vendors the out of the way little holes in the wall. This may not do it for most people, but for us this is heaven. So we wandered, and we interacted with the  locals in the most authentic ways that we could.