The original plan for Hohhot was to look around while we got our visas to go to Mongolia proper…then head in to Ulaanbaatar. Upon arrival this proved to be incredibly cost prohibitive with the visa and transport options adding up to a ridiculous amount. We would have had to get a train to the border (8hrs), hire a private jeep to cross the border then 10-11 hours on local train or busses on the other side to get to the capital.

Wiki travel tells us that “Mongolian buses are notorious for being late and on some routes for not even arriving on the scheduled day”. Otherwise the flight would have been $700 each plus the visa costs. We both have the trans-Siberian railway on our bucket lists (Beijing to Moscow) which goes through and stops in Mongolia several times so we decided to skip it. We tried to arrange the trans-Siberian train on this trip but not having Russian visas we would have had to use a broker and the bill got over $10,000 very quickly. 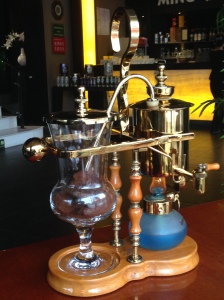 Having decided that Mongolia was out we had time to kill and plans to make. The hostel we stayed at had organised private tours of the desert, grasslands, Great Wall etc…but they were all very expensive. The Great Wall in this section is really just a mud heap, the desert involved camels which was an immediate no vote from me, and the grassland was just too dear.

So we stayed in town and checked out the local sights. Firstly, this part of China is very different to the rest and is a little more like our Indian experiences. The street is often used as a toilet here and the sights and smells in certain areas of town reflect this. The development that is in the heart of town has not spread to the inner ring so the drainage, toilets, footpaths and the normal Chinese efficiency did not exist. There was a lot of construction underway to remedy this but alas we were not there yet.

The local busses were their usual cheap and efficient selves with a ride costing 1 yuan each and busses coming regularly enough that only peak times had the sardine squash. Our first ride took us to the museum which was in a complex of four of the largest buildings I had ever seen. The museum was built to resemble the Mongolian steppes so in a way was quite similar to Australia’s Parliament House in Canberra with the building and mountain merging into one. 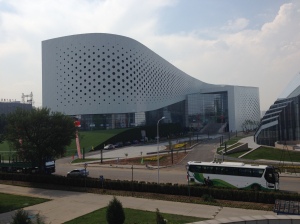 It was spectacularly huge with one of the greatest dinosaur exhibits…bear in mind that this part of China is dinosaur alley with lots of fossils etc located in the Gobi desert nearby. We normally don’t take photos in museums, as they tend to be dioramas, but here we found ourselves snapping away. Add to this the local culture exhibits and possibly most impressive of all was the China space program exhibit (with actual space suits and capsules) as well as the mock ups and back stories behind the evolution of the space program and its participants.

After this we were off to the usual, temple and mosque run and of course our adventures in food land. My first find was the breakfast bao zi shop, then the supermarket where Jill found a semi reasonable muesli, and then GOLD…an imported food shop…with NZ tasty cheese, smoked oysters, pate, prosciutto…there is a god. The next night we hit the restaurant strip after a long day’s hiking in the heat and settled in for some cool ales. 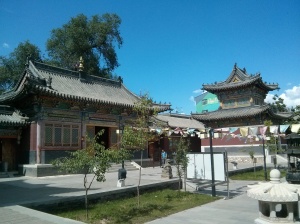 While drinking our refreshing beverages we watched the next table be delivered an entire leg of lamb on a spit…I went over and asked what it was and to point to it on the menu…being Chinese they immediately offered me some and the deal was done…we had to order this. The menu said it was 48 yuan ($8.23) so we ordered this, some mushrooms and some tofu and a mystery menu item that I randomly pointed at. 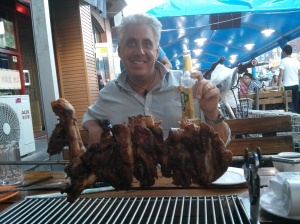 Our lamb came and it was spectacular…alas we later found out it was 48 yuan per half kilo…so our leg was almost 4 times more expensive than we thought…but it was good. The mushrooms and tofu were fine but the mystery item I pointed at turned out being a toasted jam sandwich…don’t ask. This was now our most expensive meal in China at 304 yuan ($52.12) but we had a huge leg of lamb, 6 beers (600ml each) and some small nibbly bits.

Back to the hostel the next day for beers with the others and to watch the World Cup game between Germany and France washed down with many more ales and some pizza from the joint across the road…which actually wasn’t too bad. We met up with the guys we had met on our first day who had disappeared on the overpriced grassland tour and having chatted with them upon their return…we made the right choice as they claim that the tours were not worth the expense. 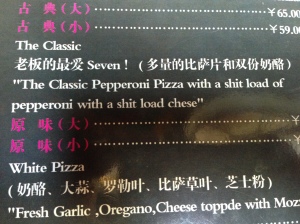 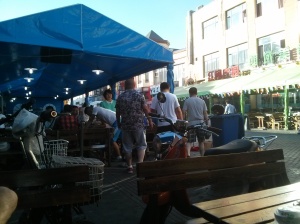 It is quite interesting to see how our idea of value has changed during our time away…we always knew that Australia was expensive however the last 10 months has crystallised just how obscene the prices in Australia have gotten. Of course you can have fine dining here and pay through the nose for it…but within a 5 minute walk you can have a huge meal for two, with beverages, for under $20 and more often than not under $15. A single beer can be bought at the local store for between 50 cents and a dollar…everywhere…this will be hiked through the roof to about $2-4 in a restaurant and most main meals will cost about $2-8 depending on the venue.